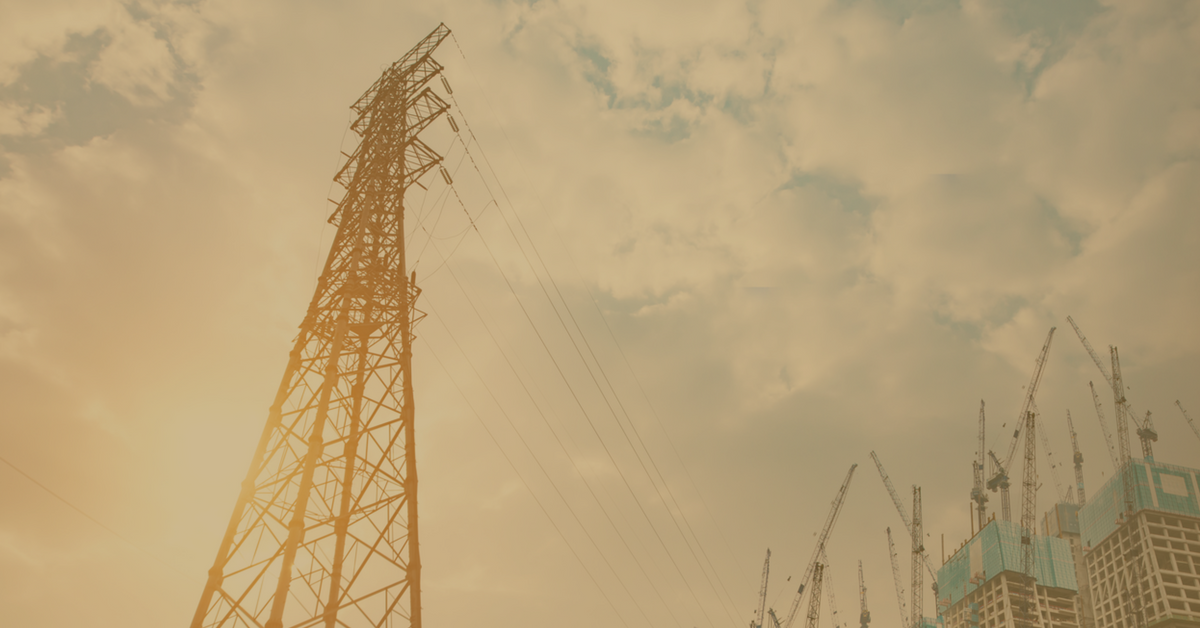 The New Companies Act of 2008, Chapter 6 (Business Rescue) became effective on 1 May 2011. Companies which are financially distressed and need to be rehabilitated are legally required to go through certain steps. Chapter 6 of the Act describes those steps:

The main objective of business rescue is to provide a better result for the affected parties than if the business were to be immediately liquidated. The other intention is to retain existing businesses, save jobs and return the business to profitability.

Financial distress is described as the company being unable to meet its financial obligations within the next 6 months.

Background of the company

The company has been in existence since 1986, operating in the electrical construction sector. It is a typical ‘family business’ employing a number of family members across the broad spectrum of the various roles from executive directors, general management, floor staff and administration.

The heady days in the construction industry and country prior to the World Cup in 2010 were evidence of an industry boom. Numerous projects and infrastructure developments were awarded to a number of industry players. Turnovers were increasing and cash flows were robust.

However, soon after the end of the World Cup, the bubble burst. Infrastructure projects began to dwindle and competition grew exponentially. Some of the major players used aggressive reduced-pricing strategies to win tenders at all costs.

Business owners are always positive they will land the next big deal to settle their debt and continue gearing the company. It is a big mistake. The banks are comfortable with extending loans where there is abundant security to cover their exposures, but they have little understanding of the business mechanics.

The financial performance of the company began to deteriorate in 2012. As a result of complicated contract management techniques, the high overhead cost structure, negative debtor collections and lower turnovers, extreme cash flow constraints were tightening on the company. Banks were approached for additional funding to ease the burgeoning working capital requirements caused by the unsustainable losses. The solvency of the balance sheet and illiquidity impacted negatively on the company’s ‘going concern’ status. The directors pledged company shares and assets, sureties and personal properties as security in order to keep the business working capital positive.

The directors realised the company was facing financial distress in 2014. In order to comply with their fiduciary duties they adopted a resolution to voluntarily commence business rescue proceedings. To add fuel to the fire, the bank called in the facilities and the company was unable to meet its month-end obligations.

The business rescue team was given access to all documents and information to conduct an investigation into the affairs of the company to ascertain the reasons for the distress and the development of a business rescue plan according to the regulations in Chapter 6.

Reasons for the financial distress

The main factors leading to the financial distress of the company were the losses incurred in the manufacturing division, high levels of work-in-progress (WIP) because of delays in invoicing resulting in non-receipt of payments, disputed claims, negative contractual project changes and ever-increasing overhead costs.

The performance of the projects was not contractually monitored or assessed regularly against the actual project budget. As a result, reactive decisions were being taken to sort out inefficiencies due to contractual requirements which had not been originally priced. Penalties for late delivery and completion of certain projects had been imposed on the company. These impacted negatively on margins and cash flow generation. A number of disputes arose with some of the projects; cash flow became very constrained and credit facilities with suppliers were being curtailed.  Materials were not being delivered to site timeously. This caused delays in the projects, and additional expenses were incurred as a result of contractual requirements stipulating high caliber staff had to be on the respective projects full time.

In September 2014, the bank cancelled the overdraft facility and demanded settlement of the exposure because they were in breach of the conditions pertaining to the facility.  This led to letters being sent to the company’s clients informing them the facilities had been withdrawn and the bank would collect the proceeds of the debtor’s book. As a result, contracts of R45 million were cancelled and the company’s reputation was damaged.

The income statement at the year-end in 2013/14 reflected losses of R24 million which impacted on the cash-flow generation. The balance sheet was insolvent, with liabilities exceeding the assets and gearing very high.

In the year after the commencement of the business rescue proceedings, the financial performance of the company improved from a loss-making business to one generating profits on an annual basis. This has been the result of restructuring, cost control systems as well as processes and improved governance having been instituted. Tender and bid contractual preparation was enforced with a process flow of proactive contractual management of projects. All of which led to improvements in efficiencies and margins which were stabilised above the industry norm.

Cash flow was managed on a daily basis. Strict controls were implemented regarding payment approvals and was planned three months in advance.

At the second meeting in December 2014, the business rescue plan was approved and adopted by the requisite majority of creditors. The implementation of the business rescue plan began immediately afterwards with the development of a turnaround plan. The offer to the affected parties was premised on forecast revenues to be generated from existing and potential future contracts with unsecured creditors to be settled over a 5-year period.

The implementation of the business rescue plan proceeded within the limitations of the company’s financial position. Since the adoption of the plan distributions amounting to R16.8 million were paid to secured and concurrent creditors despite cash-flow constraints.

The forecasts in the approved business pertaining to revenue generation in the plan did not materialise due to a number of reasons:

During the four years of the plan’s implementation, the company experienced cash-flow constraints and uncertainty of its ability to continue operating. It was a roller-coaster ride keeping the company afloat and the effort needed to maintain the projects with materials. Somehow, we always found a solution to keep the doors open.

The organisational structure of the company was reviewed and with a number of changes a restructuring process was begun. The emphasis was on improving controls, governance, contractual management, commercial and technical support, as well as efficiencies particularly in respect of the management of the contracts and sites in line with project requirements.

Overhead costs were reduced from R26 million to R16.7 million per annum and expenses were meticulously monitored. Inventory was audited and documented for better stock control and procurement execution. As a result, the procurement process, was more controlled and new orders were only placed with suppliers if the materials (inventory) were not in stock.

A new Debtor collection process was introduced in line with each project-specific contractual requirement and procedure followed in debt collection when a company is in default. Discounts were offered to debtors in order to create positive cash flow in times of distress.

Planning and project forecasts were introduced to control and mitigate potential inefficiencies from a commercial and technical aspect on all projects ranging from R1 and upwards.

Contributions by the Directors

The directors took a 40% reduction in their salaries, and sold assets including personal properties, to raise cash to pay towards debt and inject working capital.

They remained committed to the process and co-operated with the business rescue team consistently.

Results of the Rescue

A number of initiatives were launched to find a solution to recapitalise the company through the sale of shares or the business to a third party. Discussions were undertaken with a number of interested BBBEE parties with relationships in the industry and potential to bring in work. The business rescue process probably scared them off and gave the impression there was little or no value in the company.

Negotiations to sell 27% of the shareholding in a related company were successful and the proceeds were distributed to all the affected parties. The claim of R17 million from the secured creditor was settled, the bank’s exposure was reduced to R1.5 million from R11 million, and the unsecured creditors received 25c in the rand. The result for all affected parties was better than when compared to a liquidation scenario.

On 26 June 2018, the practitioner filed for substantial implementation of the plan and the termination of the business rescue proceedings.

The balance sheet was restructured to solvency with a positive Net Asset Value and gearing has been reduced to a manageable level. The company is poised to continue in business while the directors and management have learnt a number of lessons from being in business rescue.

The success of the business rescue proceedings can be attributed to the following factors:

Six families would have been adversely affected with a loss of personal assets because the security and sureties could have been perfected by the funders and creditors.

The stigma of business rescue must be removed if it is to be successful and achieve the objectives of retaining jobs and keeping people employed. Unfortunately, the South African culture of ‘looking down’ on business people who make mistakes still prevails. We need to change that mind-set and the perspective of the process.

The banks need to consider coming to the party by providing access to the proceeds from the debtor’s book if more business rescues are to succeed, especially when compared to the support provided for business rescue companies which Europe’s banking fraternity supplies.

“We must reiterate that these past few years have been the most difficult in the life of the company, for all staff and stakeholders associated with it. The presence of the Business Rescue team made the process so much easier, and one that you guys steered us through, during these turbulent times. We thank you guys. Words will fail to describe our gratitude.

You have come to know us well, and we treat those who stood with us as family, and we never abandon our family. Please feel free to come and go as you please at the company, visit us, call us whenever you can. You are part of us.

Trust me, we will always call on you, this is the beginning of a friendship, not the end.”

Quote from one of the directors after the termination of the business rescue proceedings.

If business rescue is something your company is considering, please contact us today and we will arrange a preliminary consultation with you to ascertain if this is the right direction for your company at this stage. 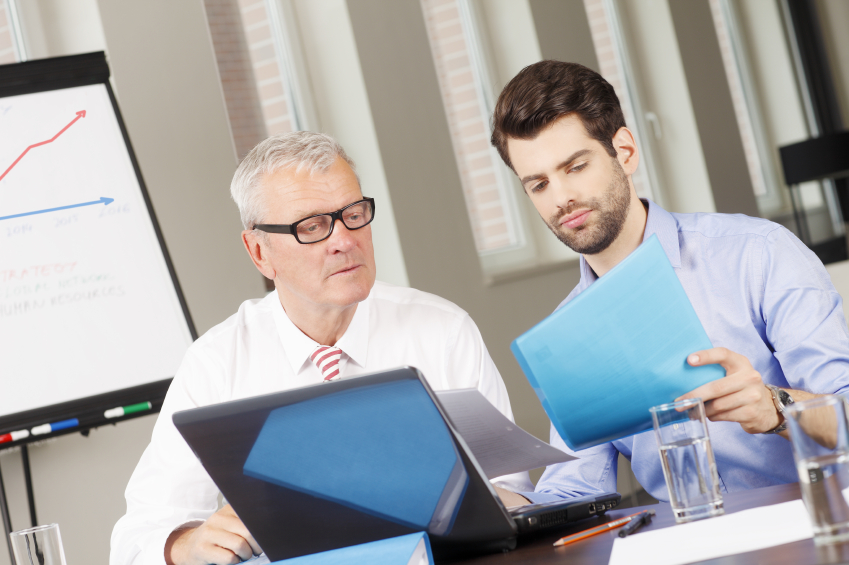 How Can Business Rescue Protect the Family Business Legacy?

How Can Business Rescue Protect the Family Business Legacy?